NThe new website launched by Instituto Moreira Salles, the Eyewitness account, seeks to emphasize the importance of photojournalism in documenting the Brazilian reality and in building national memory. The project is based on the strong presence of photojournalism in the IMS collection, which ranges from authorial collections to the photographic collection of newspapers from the Diários Associados do Rio de Janeiro, acquired in 2016.

The newly launched portal is aimed at both researchers and the general public, who can browse the stories, images and reflections gathered there, for example dossiers, critical essays, video testimonials.

Eyewitness is divided into six sections. The first presents the production and trajectory of photojournalists whose collections are under the custody of the IMS. Initially, six names will be present: José Medeiros, Luciano Carneiro and Henri Ballot, all professionals who belonged to the staff of the magazine The Cruise, Evandro Teixeira, Custodio Coimbra and Walter Firmo, whose work is currently on display at IMS Paulista. For each one, there is a page on the website, containing their biography, a sample of 50 images and bibliographic files.

The next section, entitled “In Focus”, brings the work of 44 photojournalists from different regions of Brazil, with different ages, trajectories and perspectives, which are not part of the IMS collection. The selection includes two great names in the Brazilian press who died this year: Orlando Brito, who spent more than five decades recording the daily life of power in Brasília, and Erno Schneider, known especially for the popular photo of Jânio Quadros with his legs tangled up. As a whole, there are both veteran photojournalists, such as Reginaldo Manente, Rosa Gauditano and Hélio Campos Mello, as well as young people on the rise, such as Gabriela Biló, Júlio César, Felipe Dana and Victor Moriyama. There are also professionals from different states, including Ricardo Chaves from Rio Grande do Sul, Hélia Scheppa and Ana Araújo from Pernambuco, Isis Medeiros from Minas Gerais and Renan Benedito from Bahia, among others. All winners have a page on the website, with a biography and a selection of 20 images. 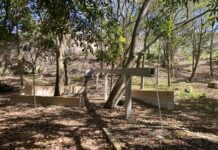 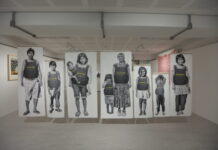 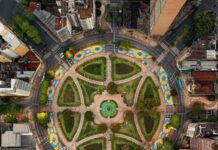