The fire that consumed the Museu Nacional do Rio, the Cinemateca de São Paulo, the fires in the Amazon and the Pantanal, and even the arson attack on the statue of pioneer Borba Gato, at the beginning of the year, in the capital of São Paulo, inflamed the imagination of the team of curators for the 37th Panorama of Brazilian Art, which runs until January 15, 2023. Since March last year, the group – formed by Claudinei Roberto da Silva, Vanessa Davidson, Cristiana Tejo and Cauê Alves – has sought to conceptualize and assemble an exhibition that reflected, poetically and aesthetically, the symbology of resilience and rebirth that involves the element of nature, to talk about the most burning issues in the country at the moment: social and environmental guidelines, ancestry, the promotion of ethnic and gender equality and class.

With the title Under the Ashes, Ember, show houses creations by 26 artists, most of them commissioned for this edition – with all the difficulties that remote work imposed by the health restrictions of the pandemic are still imposing. In order to exhibit installations, photographs, paintings, videos and sculptures, Panorama sought to expand its exhibition space, including in the circuit the Sculpture Garden, which houses a work by Jaime Lauriano; and, in a partnership that continues previous experiences with neighborhood equipment, such as the MAC USP and the Bienal, the Afro Brasil Museum is now on the scene, where the creations of Davi de Jesus do Nascimento and Lídia Lisboa can be found.

The set of works presented, however, do not necessarily translate the title of this Panorama in a didactic way. Interlocution is more subtle. “There is no more evident connection, there was no concern that the works illustrate his name”, says Cauê Alves. The creations focus on national symbols, territory, cartography, ancestry, bring references to the Bicentennial of Independence, to the week of 22 and resume the discussion about national identity. But the choice of title echoes, in any case, throughout the exhibition.

“There is an ambiguity in the words used in the title of Panorama, which in turn refer to colors with a political and historical meaning. Ashes are often associated with scorched earth. The very name of the country refers to the first commodity it explored, a tree, with a red wood, like an ember. And the ember burns, it remains as a kind of resistance of matter, even if it represents destruction, whether of a patrimony or in the burning of our forests”, ponders Cauê.

“A work like the one by Gisele Beiguelman, which is right at the entrance [a reproduction of the Borba Gato monument, cut lengthwise in half and which serves as a bench] alludes to this moment in our lives when we are putting out fires, figuratively , but also setting fire to icons, such as the bandeirantes. Fire also appears as the possibility of a resurrection. It is from there that the Phoenix is ​​reborn, that the ashes can recover the soil”, concludes the curator.

The first black person to be part of the curatorial team of a Panorama, Claudinei Roberto da Silva emphasizes that the selection of artists for this edition reflects the “polycentrism” of Brazilian artistic production at the moment, which in turn reinforces its character of diversity. The curator says that, since the invitation to join the group, made in 2020, it has become evident that there was a desire to create “a greater dialogue with sectors of society that may not have been exactly privileged by the history of the institution itself” until this moment. . “And this articulation of ours seems to me unprecedented, it gives rise to a political force that, although it existed, did not present itself in such an organized way”, he argues.

Claudinei says that some of the selected artists do not have politics at the heart of their creative investigation. Like Luiz 83 or André Ricardo. “Their works do not bear a mark of political discourse. But we understand that this political vocation arises from the way we privilege this group of artists. Luiz 83 is often associated with an artist who adheres to a specific party. In fact, perhaps he can be seen as an heir to a tradition of Brazilian concretism. But he comes from a place in the world where that information was not present. But he makes us think of his works also based on other references, which still need to be prospected. He is a peripheral artist, but what does it mean to be one, in a scenario of polycentrism, in which this opposition between center and periphery begins to be frayed?”, he asks.

The curator adds that the same can be said of André Ricardo's work. “He has an extraordinary career, he was a student at USP's arts department and absorbed this culture. But when he leaves the department, he goes through a process of self-recognition, a light-skinned black man, who has greater passability, because of that, than a black man. And from there he will become more sensitive to the stories linked to his own origin. And you begin to notice at work that certain signs of popular culture emerge. And he uses temper, he has great erudition. Hence it is common for people to refer him to Volpi's work. But that's not entirely fair, because his research may even include Volpi, but it's not indebted. He is more indebted to the observation he makes of popular architecture, which in São Paulo also originates from the northeastern diaspora”, he says.

In May of that year, when the announcement of the artists selected for Panorama, there were criticisms of the large number of artists from São Paulo or living in São Paulo (18 of the 26), forming a group that, in general, represented more a southeastern artistic production than a Brazilian one. For the curator Cristiana Tejo, who is from Pernambuco, the final selection and the resulting works are capable of showing, for example, the possible connections that may exist between Caruaru (PE) and São Paulo.

“My view always starts from a perspective of the Northeast. But I don't necessarily need to make an exhibition about the region, because it's a decentralized look. As a curator, I turn to other artistic traditions than just São Paulo concretism or the Art Week of 22, for example. Although I have worked a lot, throughout my career, with the insertion of the Northeastern artist on the national scene”, she ponders.

“Our Panorama, however, was made during a pandemic, which made it difficult to circulate around the country and impacted our research. In addition, we see this edition as complementary to several exhibitions that have taken place in recent years, in the city of São Paulo itself. And another issue is the renewed migration that has taken place from the Northeast to the capital of São Paulo due to the dismantling of public policies for culture. For example, Eneida Sanches is from Bahia, I met her there ten years ago, but today she lives here. I understand the criticism, the demand must continue. However, at the moment we are looking at other issues, not just regionality. But gender, race and social class, for example. What answers are artists giving them? What strategies are we creating, as a society, to deal with these repetitive cycles of destruction in Brazil?”, he asks.

The curators also highlighted the important role of the expography of this edition of Panorama, which was in charge of the architect Anna Ferrari. Their desire was to reinforce the integration between the exhibition spaces and facilitate the visibility of the works. “The idea, on the one hand, was to reveal the dimension of MAM, and on the other, not to create barriers between the works on display. What made it possible for me to reach the desired result was the fact that most of the works are volumetric, on the floor, loose in space. We just didn't know in advance how they would end up, because most of them were commissioned,” she says.

“The biggest challenge was to be able to define an expography, a party to occupy the MAM whole, it was then a collective work with the curators and the artists. I tried to leave as much free space as possible and use the least amount of panels. Another issue was the latent desire for the exhibition's theme to be reflected in my work, so we decided to paint the ceiling red. As an architect trained at Escola Paulista, I felt flattered to be able to work in a historic space of the city's modern architecture”, concludes the architect. 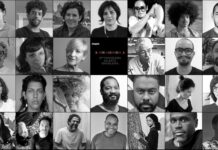 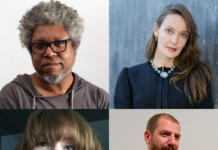 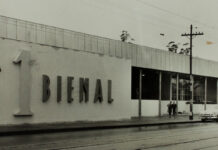 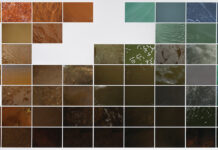 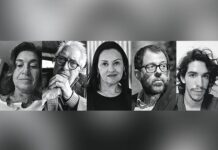 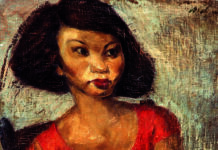