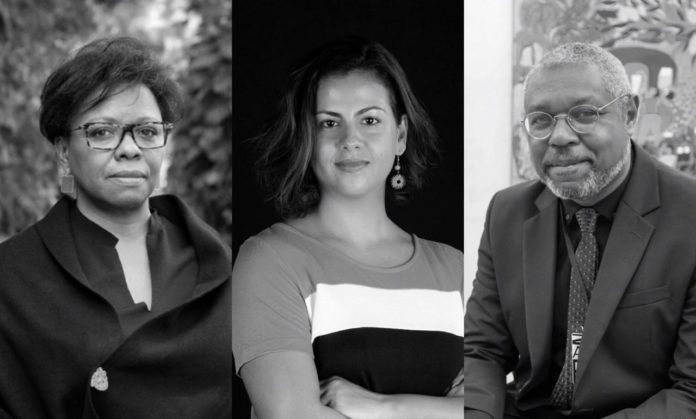 n the occasion of the conceptualization of the Cultural Management Seminar: Contemporary Challenges, in addition to the speakers who added to the event, we discovered numerous professionals who have been working together with the difficulties faced by culture in our country.

Here, an interview with Lucimara Letelier, founder and director of the Museu Vivo, consultancy for innovation and economic sustainability in museums and culture, co-creator of HiperMuseus. She has been working in cultural, social and museum management for 20 years, with projects with over 40 organizations, such as the Portuguese Language Museum, Immigration Museum, Villa Lobos Museum, Oi Futuro, Museum of Tomorrow, MAR and Espaço BNDES. She holds a master’s degree in cultural administration from Boston University, and was an adjunct director of the arts at the British Council, director of fundraising at ActionAid. She is a counselor at ICOM Brazil and ICOM MPR, ActionAid and ABGC.

ARTE!Brasileiros – Lucimara, how did you come up with the idea of ​​creating the consulting company Museu Vivo?

With 20 years of experience in the area of ​​Cultural Management, Museum Management and Human Rights, I felt the need to create a platform that synthesized a bit of everything I had observed with the difficulties and learned along the way. In that sense, I spent a year and a half studying the UNESCO Program for leaders, change agents, focused on the 20/30 Agenda. This is a program that tries to discuss planetary boundaries, what are the most urgent causes, discussions at the service of a transition process in the world, but in fact aimed at environmentalists, social entrepreneurs, agents of social pacts. In taking the course they propose, Gaia Education caught my attention, that there was no discussion around change agents in the cultural sector and museums. At that moment I decided to try to see how these guidelines could talk to the museum area, cross-check and bring oxygen to the dying Museums. Trying to think organic solutions.

How is this implemented in practice?

We researched models of institutions and decided to create a platform that proposes sustainability solutions for culture. We set up a network consultancy that tries to use several areas to create these solutions. What new skills, what new languages ​​are needed to go through?

Yes, but it does not escape them that, most of the time, it is an economic problem.

I think you are bringing a borderline situation, which is the absence of public policy. In our opinion, today we have to have a mixed pizza with diversification of resources. For many years we had direct and indirect transfers, such as Rouanet Law or the transfer made to the OS, which always leave the institution “waiting” and without reaction or requirement to think of other alternatives. This system in Brazil is bankrupt. I think in Brazil there was no public, civil mobilization that understands that sustainability is a political act.

MAR, for example, which is going through a major financial crisis, has a huge capillarity and a huge participatory relationship. But we think there is no real search for how to turn progressive campaigns into campaigns that can generate resources. We have progressive people, these people have to be involved to the point where they feel part of the place that is being sustained.

Have you operationalized this idea in any way?

Yes. We have partnered with benfeitoria.com, a crowdfunding platform with expertise in crowdfunding campaigns; SITAWI – Finances of Good, which manages the fund, and we, who manage the proposals with the knowledge of cultural management. The three – Living Museum, benfeitoria.com and SITAWI are organizations that have their own expertise. On the other hand, BNDES has a financing line for investment sustainability campaigns of up to R $ 300 thousand. Thus, in matchfunding campaigns: every $ 1 that citizens put, the BNDES puts another $ 2. In this line, we have already created, for example, two campaigns: one for the Museum of the Unconscious and another for the Bispo do Rosário Museum, which involve the preservation of works and restoration.

As part of the project, the institution then receives a consultancy to work with the mailing that was produced in this initiative. It is one thing for a donor to reach a campaign, another is what to do with your “data.” In fact, it becomes an “economic entity”. At the box office, you just “sell an event, an activity.” In this proposal, people “buy an idea”. And being able to retain your data contributes to the possibility of continuing to offer you support services to the institution.

People in crowfunding leave money for a campaign, at the box office they leave money for an event, for an activity. It’s different, because in the first case you are giving money to a cause you want to support. At the box office, it’s just a cost. At the Children’s Museum, where I worked, they strongly consider the person who enters the museum as an economic entity. When you come in to buy a ticket, just like a telecom, they create an economic relationship with that person. I think it would be very important for technology companies, for example, in addition to paying sponsorships, to be able to offer museum know-how.

About the title of our seminar, how would you summarize these challenges?

The institution understands itself as a cause; have a listening to your problems as co-curated; work the married cultural connection with public and private policies, bring the knowledge of entrepreneurial culture in the managers.

Management in times of tragedy

Inhotim’s executive director since last April, Renata Bittencourt arrived at the institute three months after the breaking of the Feijão Dam in the city of Brumadinho. Previously, among other things, she had been Director of Muscular Processes at the Brazilian Museum Institute (IBRAM) from 2017 to 2019, and secretary of Citizenship and Cultural Diversity in 2016, both at the now-defunct Ministry of Culture (MinC). She holds a master’s degree and a doctorate in art history from the State University of Campinas (Unicamp), a degree in Social Communication from the School of Advertising and Marketing (ESPM). Renata is specialized in Art Museum Studies and Communication and Culture Process Management from the University of São Paulo (USP).

The mud of human and environmental tragedy did not reach the large open-air museum, but it affected the functioning in various ways. In an interview to ARTE!Brasileiros website in June this year, Renata stated that some of her main goals when arriving in Inhotim was to stimulate a return visitation and strengthen ties with the local community. After the event in Brumadinho, the institute assumed an important social commitment role in the life of the city, an action that the director knows well, since between 1997 and 1998 she was a Fulbright organization scholar to observe programs focused on this sphere: “A challenge that I think it is important to emphasize that it is important for Inhotim in particular, but I think it is for many other spaces as well, it is the challenge of connecting with the territories where the institutions are inserted”, she comments.

In the context of Renata’s arrival at the institute, a new phase of the Nosso Inhotim program began, which has so far registered approximately 1500 residents of the municipality of Brumadinho for free admission to the institution and a 50% discount on space activities. Previously, residents had only the right to half-entry. “There is a desire and action from us for an even stronger reconnection, an even stronger bond with the city”. She points out that this involves from artists to the reinforcement of links with schools in the region and reaching out to residents in general, thus being a way of exchange, where the institution opens its doors and the city makes a gesture of saying what It is interesting to Brumadinho: “This opening to the territory today helps to define what Inhotim is”.

For the director, one of the main situations when arriving in Inhotim was to see even more clearly the fact that institutions are made by people. “Inhotim lived this tragedy a lot on the skin because Inhotim’s skin is made of these 600 people who work here”, she says. She says that the idea that a management needs, in all its spheres and decisions, to be humanized was a reflection provoked by this event.

Within the management sphere of public and private cultural institutions in the country, it is important to highlight that Renata Bittencourt is one of the only black people in charge of an institution of great importance in the country. The fact is related to an institutional racism unfortunately still very ingrained in Brazilian society. Renata points out that it is important that her position at this time serves as a way to create a dialogue in this regard and highlights people like Rosana Paulino, Renata Felinto, Janaina Barros, Amanda Carneiro and Helio Menezes, who do not necessarily act as managers but have active voice: It gives me an impression that there are ways that open up”.

At this point, curator, visual artist and teacher Claudinei Roberto da Silva says that what one can “perceive is what is easy to see: there is a black-Brazilian competence that has been historically neglected”. He holds a degree in Fine Arts from the School of Communication and Arts of the University of São Paulo (USP), former coordinator of the Education Center of the Afro Brasil Museum, and serves as an independent curator and professor of drawing, painting and art history. institutions across the country. He points out that this concern with including this competence exists today, but in a proportion that could be greater, highlighting the lack of black people in management positions in institutions across the country and points out: “The institution is not decolonial because it promotes Diaspora Afro-Atlantic symposium, it will be decolonial when it has blacks and natives in board positions”.

According to Claudinei, there is no possibility of talking about decolonialism without working on the idea of ​​anticolonialism: “Treating decolonialism without talking about hegemony, not to mention cultural hegemony, whiteness is very difficult. People need to recognize their delay at this point in history”, he points out, are from what he observes a lot in Sao Paulo. He points to the utmost importance of making an effort to bring out a story, to record it in books, catalogs, or “extraordinarily well done” documents, but that nothing is more fundamental than observing in the staff of institutions. The black presence is contemplated.