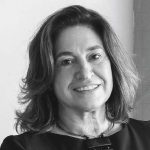 The title of our editorial is borrowed from the name of the work of Jota Mombaça, whose details we publish on the cover of this edition. The work was done in collaboration with Michelle Mattiuzzi, Cíntia Guedes, Ana Giza, Adrielle Rezende, Juão Nin and Paulet Lindacelva, and is part of a sequence of performances at Casa do Povo in São Paulo. The action consisted of, among other things, the manufacture of knives with twines, branches and glasses, which is exhibited today at SESC 24 de Maio at the À Nordeste exhibition, commented on in this issue by the journalist Jamyle Rkain and criticized by historian and the curator Aracy Amaral.

The presence or the allusion to violence in several of the interviews or expositions that we follow in recent times is notorious. In the works, the imminence of danger is latent, the feeling of helplessness, the need to find answers and resist, to find ways of healing for the subject and the environment. We are surrounded by a moment of enormous violence. The violence of a society that attacks not equal; of citizens and politicians who advocate putting arms at the disposal of a population whose difficulties and intolerance only increase. The violence of having to beg education, work, health and watch the increasingly precarious quality of life. The violence of post-truth and post-lie.

The violence of doing nothing to prevent violence. The artist Berna Reale, in her 2013 video, Americano, and the artist Cinthia Marcelle, in Chão de Caça, 2017, presented these works at the Brazilian Pavilion at the Venice Biennials of 2015 and 2017, denouncing the conditions of indigence and prison overcrowding in the country. They anticipated, with their images, several rebellions and the carnage that imploded in these days in the jails of Manaus, leaving dozens of dead. Almost an allegory to the book Chronicle of a Death Foretold by the Colombian writer Gabriel Garcia Marquez.

Art usually fulfills its role, a kind of mirror and permanent alertness about everything around us. Cildo Meireles, one of the greatest contemporary Brazilian artists has said: “No political work is done in art. It becomes political”.

In contrast to the institutionalization of barbarism, a kind of ode to death that makes the day obscure, we adhere to life and art, and use it as a symbol of power and the force with which the drive of life and death appears in it. “It is a death-life. Whenever an artist proclaims the death of art, a new leap is given, and art accumulates forces for a new stage”, Frederico de Morais was quoted as saying in Contra a arte afluente. O corpo é o motor da obra, 1970.

In the month of May the Tomie Ohtake Institute, through its nucleus of Culture and Participation in partnership with the philosopher, essayist and translator Peter Pál Pelbart invited one of the most active thinkers of the present time, the French philosopher and professor of the Sorbonne (Paris I) David Lapoujade*. For nearly two hours he spoke about a text entitled “The Force of Art” featuring ideas by Nietzsche and Deleuze that reflect on how much art gives us a “promise”, “a belief in this world here”, not a belief theological, since we should not believe in anything when we are with the work and, at the end, said:

“That is, the force of art – when it has it – is to be able to justify itself (and justify ourselves) better than any other form of reality, to be able to acquire, exclusively by its force, a reason to exist and to make us exist. If I were to summarize in one word (to conclude) what the force of art consists of, I would say, therefore, that this word is justice”.

Editorial: In mourning I fight