By presenting the most significant series produced by Pedro Motta in the last decade, accompanied by texts by curators, photographers, artists and writers, the book Natureza das Coisas not only exposes the vast recent work of the artist from Minas Gerais as it deepens – in several directions – the debate about their work.

This is because each of the ten series chosen to print the pages of the publication, which is organized by the curator and critic Rodrigo Moura and published by UBU, is followed by the text of a different author, allowing multiple readings of the production of the photographer, artist and “archaeologist-traveler” – as Ricardo Sardenberg writes.

Although all the works have photography as basic support, Moura points out in the first text that Motta’s work does not fit in simple definition: “Direct photography, drawing, collage, digital manipulation, mock ups, simulacra and sculptures are used and recombined to fictionalize reality or to bring the photographic document closer to fiction. In the post-truth era, these are strategies to denature nature and landscape photography, the guiding north of their practice”. 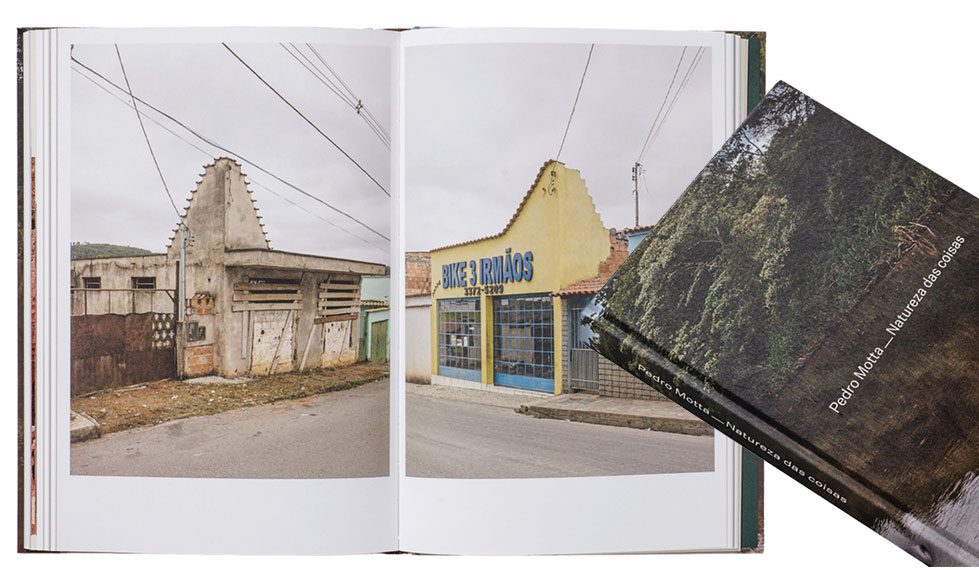 In addition to Moura and Sardenberg, the book brings together writings by Eduardo de Jesus, Agnaldo Farias, Ana Luisa Lima, Luisa Duarte, Nuno Ramos, Kátia Hallak Lombardi, Cauê Alves and José Roca. In the words of Lima: “Pedro Motta became a witness and narrator of the hardships resulting from the interaction between ‘culture’ and ‘nature’”. If, at times, the artist approaches, as Farias points out, the coldness with which man deals with nature, in others he stresses its “insistence” on resisting.

Whether it’s in works done in rural or urban environments, with more or less clear interventions, “Motta’s work attracts the eye and then questions what we see, always putting the viewer on a state of alert. The oscillation between truth and ‘built truth’ keeps attention unstable and requires a slow, conscious and questioning look”, writes Roca.