As announced by curator Júlia Rebouças in an interview for the 47th edition for ARTE!Brasileiros, the “sertão” over which the 36th Panorama da Arte Brasileira focuses is not the geographical place, but rather a “way of thinking and acting”. With the opening of the exhibition to the public on August 17, it is certain that not everything is or not everything arrives in São Paulo: “This is something that Panorama says. Not everything is concentrated here, not all intelligence is in this place, not all wealth. There is a lot of intelligence and sophistication that we don’t see”, she says in conversation during the exhibition.

Julia chose to ask that the exhibition, made in partnership with Risco Studio, be more open, exercising the idea of ​​what would be a public space or a shared space between all artists: “Or even a landscape, but not a closed room or a private place”, she explains. The curator says the intention is for the audience to be able to see multiple works at once and reflect on how they relate to each other. “I wish things had to live together, either harmoniously or more conflictually.” 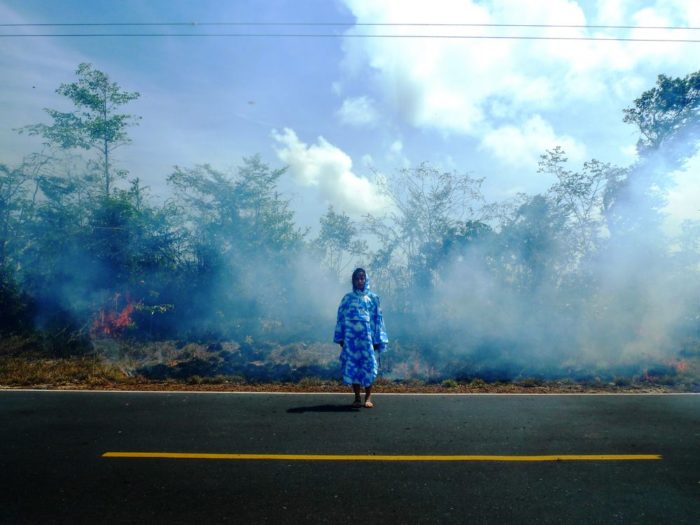 The works present in the show invite the public to go far, two of them literally. The artist Raquel Versieux, born in Belo Horizonte and currently living in Ceará, proposes that the public go to Cariri cearense. She presents the Manejo Movente project, carried out in collaboration with Elis Rigoni. The intention is to gather the public in meetings with artists, farmers, students and local leaders to perform land practices, social practices and image practices. The meetings take place in four moments: three in the Cariri region and one last in São Paulo, MAM, all on weekends.

The work of the Santa Catarina duo Gabi Bresola and Mariana Berta takes those who are willing to go to the city of Joaçaba, in the interior of Santa Catarina, to attend the Surungo dance ball, also the title of the artists’ work. They offer the public a 14–hour bus ticket to the location on the bank of Peixe River so that those interested can indulge in the Surungo experience. “Our center is different”, Mariana writes, “it is for this art circuit that we decided to point out, because it could not be different”.

A veteran of the 29 artists and collectives participating in Panorama, Gervane de Paula, a native of Cuiabá, presents three works at the exhibition: Deus Ápis, suas esposas e seu rebanho or O Mundo Animal (2016–2019), set of wood carvings, antlers and crafts; Art, Not Invent (2016); and Arte Aqui Eu Mato (2016), both oil paintings on iron plate. This last one, cover of this edition of ARTE!Brasileiros magazine. The title of the work is a pun on the name of the book of art critic Mato Grosso Aline Figueiredo, Art here is bush, launched in 1990. “Cuiabá, despite being a city far from the major centers, has a strong movement of art, especially of painters. And this book of hers speaks of this abundance of artists,”, he says. But at the same time, the artist realized what he calls “a decay”: “An art that is produced and has no resonance, has no public, its authors live full of privations and, because it is closed, it is very resistant to the new. Arte Aqui Eu Mato can also be the president’s hand, pointing a gun at art, at us, can’t it? ”, he asks.

Gervane uses materials characteristic of the region where he was born and lives, such as barbed wire and the wood of corral posts. “This wood comes with a load of time, a poetic load, because they are posts that have been there for over 10 years suffering the transformations of time. I do not cut down tree to do my works. I collect this old stuff”, he explains.

The video installation Desaquenda (2016–2019), by artist Vulcanica Pokaropa, features 12 channels with testimonials from travesty, transsexual and non–binary people who work in the arts. The work discusses the positioning of these people in institutional spaces and their performance in non marginalized spaces. In addition to the video series, the work also consists of paintings and prints on canvas. The testimonies include artists such as Lyz Parayzo, Rosa Luz (also a participant in Panorama) and Jota Mombaça.

Originally from Ceilândia, Federal District, the artist Antônio Obá brings to Panorama four paintings, one larger, entitled Mama (2019), in which a black woman holds two felines in a maternal gesture, proposing a reflection on the country’s identity, and a series of three other smaller paintings that refer to the black body and traditions, also approaching a religious context. Already the artist Gê Viana, born in Maranhão, exposes three photographs printed as licks and fixed in huge canvas hanging on the ceiling. Retiro de caça ou um outro capelobo (2019), as the work is titled, comes, according to the artist, as she says, “from the need to talk about the things that happened to our people removed from their place of origin”.

She says that when she asked one of her grandparents if the family had an indigenous background, the answer was: “My mother was angry. She was caught in the woods”. From then on, Gê began to question the history of some families in which the constitution took place through violence, such as imprisonment and rape.

As much as the varied supports, themes or formats of the works that make up the 36th Panorama may make them think that they move away from each other, we must be aware of a strong feature among the 29 participating artists and collectives: they are people who, as Gervane says, chose to take over their region.