Every day, thousands of people from São Paulo pass by Galileo Emendabili's sculptures on their way to or from work, school and other daily activities. His works are scattered in important and high-traffic areas of the city, such as Faria Lima Avenue, Ibirapuera Park and also in the Consolação Cemetery.

One of Emendabili's most famous works, the Obelisk Mausoleum to the Constitutionalist Soldiers from 1932, is right in front of the lake in Ibirapuera Park. The Obelisk completes, on June 9 this year, 63 years since its inauguration. The monument is full of stories and facts that live up to its cultural relevance to the city.

The artist was born in the Italian commune of Ancona, in 1898. At the age of eight, he began to learn to carve wood in a workshop under the command of a deaf-mute ebanista (a cabinetmaker specializing in Ebony). Three years later, Emendabili was discovered by chance by the chaplain of the Church of the Blessed Sacrament, Don Enrico Ruschioni, who recommended him to receive a scholarship so that he could study Fine Arts.

Years of studies and travels later, the artist graduated as a sculptor from the Royal Academy of Fine Arts in 1919. Two years later, the sculptor, who was liberal and republican, sculpted the monument. “Libertà”, honoring a young man murdered by royal guards on the way out of a theater. The murder mobilized sectors of society dissatisfied with the violence exploited by the fascist movement inaugurated by Benito Mussolini.

In 1923, while traveling to Buenos Aires to escape Mussolini's repression, Emendabili was warned that there was a plot for his assassination. Knowing this, the artist landed on July 3 of that year in Santos and took refuge with the Italian community in the capital of São Paulo.

During his life in São Paulo, he sculpted mausoleums of well-known members of social life, such as members of the Italian-Brazilian Bertolucci family. Expanding and with recognition, he continued his career full of awards and collaborations to the dispersion of sculptures throughout the city.

Among his contributions are the Obelisk Mausoleum to the Constitutionalist Soldier of 1932 and the sculpture Allegory of Painting, at the monument to Ramos de Azevedo.

Facts about the Obelisk

The Obelisk is nicknamed the tallest monument in the city of São Paulo, at 72 meters high. Considering the time of its inauguration, the monument in honor of the constitutionalists of 1932 was born to highlight the grandeur of the city that today is the largest in the country.

More than four decades have passed since the design of the project by Galileo Emendabili and its execution by the German engineer Ulrich Edler. The work was only completed in 1970, but the monument was inaugurated unfinished in 1955, given the commemoration of one year of the opening of Ibirapuera Park.

Homage to Heroes (or Rebels)

The Obelisk is a tribute to students and combatants killed during an attempt to overthrow the provisional government of Getúlio Vargas. The history varies depending on the state of the union in which the 1932 combats are studied. In many states it is common for schools to teach the history of the movement as the “Revolt of 32”, while in the state of São Paulo and in the monument itself, the history of the movement is taught in schools. offensive is celebrated as “Revolution of 32”.

There is a lot of symbolism behind the construction. One of the simplest to observe is the harmony between the architecture and the sculptures inside the mausoleum. The guardian of the obelisk, as the sculpture of the combatant who stands in the center of the structure with half-closed eyes is known, for example, is there to watch over the place and guard it. His gaze was directed towards the center of the building which, in turn, is shaped like a projectile. 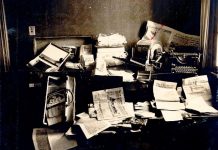 Mapping the roles of subversion 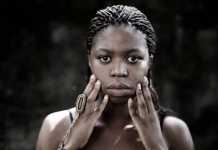 Ntando Cele: “I am not here to be black”

Brazil, a perverse and ambiguous country 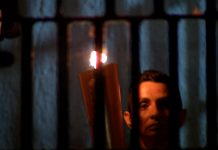 Berna Reale: they don't want to look at misery

Banana peels and the Estado Novo