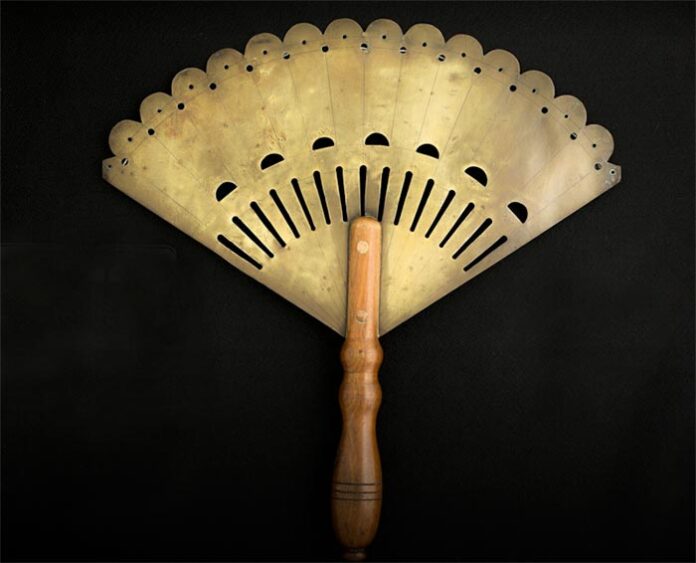 Between 1891 and 1946, more than 500 sacred objects from Afro-Brazilian religions were seized by the police of the State of Rio de Janeiro, who were then intensely persecuting the rituals of Candomblé and Umbanda that arrived in Brazil with enslaved black citizens. Exposed as the “Black Magic Collection”, they remained for a century under the possession of the Civil Police Museum of the State of Rio de Janeiro. Mães and pais de santo were accused of charlatanism and witchcraft and their ritual objects were seized as evidence of the “crime”.

In July of last year, after almost one hundred years under police supervision, the 519 pieces of the collection were donated to the Brazilian Institute of Museums (Ibram) and transferred to the Republic Museum, being incorporated into the Brazilian patrimony. The transfer was the result of a popular struggle led by the ialorixá Mãe Menininha de Oxum from 2018 onwards. The objects are the oldest of the type known, which mobilized the museum community and brought euphoria to Afro-Brazilian militancy. Metal rings that belonged to religious leaders, jewelry, 22 pipes, 60 sculptures, 13 drums, about 10 pieces of clothing (200 of these pieces were already listed by the Instituto do Patrimônio Histórico e Artístico Nacional, the Iphan, the first ethnographic landmark in the country). An underground history emerged from the precious collection, housed by the Museum of the Republic at Rua do Catete, 153, in the heart of Rio de Janeiro, on September 21, 2020 – the symbols and drawings carved into the material make it possible to expand the understanding of the cults, the origins, strength and survival strategies of a time when religious manifestations of African origin were the target of persecution in the country.

A few days ago, however, what suggested a happy ending (such as the consolidation of a remarkable civilizational, historical, ethnological, cultural and social advance) once again collided with that old barrier of prejudice and ignorance that had criminalized Umbanda and Candomblé. in the past. When Ibram was already photographing, describing and preparing the collection for exhibition to the public, he was faced with a sudden and unexpected order from above to stop all the documentation work and to enclose the material.

According to the report, the order to stop the preparation of the collection would have come directly from the Director of Cooperation and Development at Iphan, Tassos Lycurgo, a pastor and Christian extremist, a frequent speaker at the Defense of the Faith church. The pieces from the Acervo Nosso Sagrado (so renamed due to the demands of the black community) were already under full examination at Ibram's Department of Diffusion, Promotion and Economy. But why did Pastor Lycurgo, who belongs to Iphan, another federal authority, gain this authority over an Ibram collection under the custody of the Museum of the Republic? It so happens that Lycurgo, who was placed in his current position a month ago, now directs the country's National System of Cultural Heritage (SNPC), responsible for coordinating sector actions that deal with national and international cooperation, promotion and dissemination, training and applied research and the document and knowledge management.

Nobody knows when (or if) the work on the Acervo Nosso Sagrado will resume. The Museum of the Republic team managed, with great difficulty, to assemble a virtual show before sealing. Ibram's action is part of an extremist crusade that is already spreading like a metastasis throughout the country's cultural system, such as Ancine, Iphan, the Casa de Rui Barbosa Foundation and the Palmares Cultural Foundation. Lycurgo, pastor of the Ministry of Defense of the Faith in Natal (RN), stated on his website that one of his missions is “to present in a scientific, historical and philosophical way reasons to follow Jesus Christ”.

When Tassos Lycurgo took over at Iphan, in December 2020, the architect Marcia Sant'Anna, one of the greatest specialists in cultural and historical heritage in Bahia, warned, as if in a premonition: “Many cultural assets registered in Brazil as intangible heritage are linked to religious systems that need to be respected and welcomed as important manifestations of culture and different worldviews that characterize Brazilian society. Thus, the safeguard policy cannot and should not establish hierarchies or value judgments in relation to these manifestations. Mr. Tassos Lycurgo's posts and statements do not authorize us to believe that these principles will be observed”.

The implosion of the museum system has a double function: in addition to imposing the government's ideological, religious and fundamentalist extremism agenda, it also enables functional occupation, filling the so-called job hanger - much of it destined for the contingent of reserve officers in tow. of Bolsonarism. At Ibram, on June 16, army reserve colonel Paulo Guilherme Ribeiro Fernandes was appointed director of the Museum's Planning and Internal Management Department. More than a military man, Fernandes comes from a reckless adventure: he was the general coordinator of Planning at the Ministry of Health during the ill-fated administration of General Eduardo Pazuello, who took over the ministry when there were 15 deaths from the coronavirus pandemic and, when he was fired, already had 280 dead on his resume. One of the “planning” actions of the Pazuello group, in charge of Colonel Fernandes' sector, was the distribution of oxygen to hospitals, which ended with a massacre of indescribable dimensions in Manaus, Amazonas.

Now housed in the museums, after the fall of Pazuello, Colonel Fernandes has already presented his weapons: he intends to remove the entire Brazilian museum system from the condition of autonomous management units (Administrative Units of General Services, the UASGS). The museums in Rio de Janeiro, for example, which are currently managing units (Museu Nacional de Belas Artes, Museu Villa Lobos, Museu Histórico Nacional, Chácara do Céu, Museu da República) will no longer be autonomous and their actions will be concentrated in a single office. regional. What allows the colonel to make such interference is an ordinance of the Ministry of Economy published on December 12, 2019 (Ordinance 13.623) that allows the “resizing of the quantity of Uasg by the organs of the federal public administration”.

Clothed in a shell of immoral legality, the advance of obscurantism has serious collection effects. Any resistance to this crusade motivates persecution and hostility in agencies (see the recent case of Anvisa, the National Health Agency, which is under violent attack by denialists for decisions on childhood vaccination), as well as autarchies and public cultural institutions. This led the servers contacted by the report to refuse to give statements for the text.

Authoritarianism and lack of transparency stain practically all institutions in the museum and heritage sectors at the federal level with insecurity and an undemocratic spirit. They seem crazy, fanatical acts, but they have method and system. One of the most recent attacks was against the structure of the Rodrigo Melo de Andrade Franco Award, an award for excellence in the area of ​​heritage, with 34 years of existence. The 2021 edition of the award underwent a series of substantial changes in the dynamics of the award in this 34th edition, notably in the final stage, which is national. The changes, made without prior consultation and consent of the team that makes up the Organizing Committee of the Awards, violate the principles of transparency and fairness advocated by the public service, in addition to affecting the dynamics of the contest and the network of technicians and experts who participate in the awards. . The short time for the jury to examine the 125 applicants also had a negative effect on the quality of the process.

The museum sector is a strategic area in all developed nations. In countries such as France and England, their capacity for self-management and curatorial strength act as economic and development anchors. In Brazil, the concern with the sector is relatively recent, starting to be State policy only in the 1930s, during the Vargas government. Today, a substantial part of the area's policies is handled by Ibram, which is still responsible for the direct administration of 30 federal museums.

Subordinated to the Special Secretariat for Culture, in turn submitted to the Ministry of Tourism, Ibram lived through the nightmare of all culture in this period: authoritarian centralization and the specter of censorship. For example: a circular from Secretary Mario Frias, from 2020, today obliges all linked institutions to submit to him, with his vast experience as a former soap opera actor, all their publications - whether on websites, profiles, digital media and official portals, “aiming to standardize communication”. Imagine the Louvre Museum having to go through something like this. Museological autonomy is the only antidote to such a stance.

Museums have been at an acute crossroads for some time in the face of new technologies and the demands of the contemporary world. In addition to the current problems, which are archaic, caused by an archaic government, museology has the challenges of “shaking, diversifying, experimenting with new paths of innovation and overcoming traditional discussions”, according to experts from all over the country, gathered in a symposium this year. year. These requirements will be tested next year, when the giants Ipiranga museum, in São Paulo, and the National Museum, in Rio (destroyed by a fire in September 2018).

The Covid-19 pandemic, despite all the damage, is consensus that it has taught museums a lesson. Finding themselves paralyzed, without their audience, without visitation, they tried to modernize their role in social life and the public approach. Paleontology and Anthropology museums began to increase their role beyond education, exhibition and the generation of science, also starting to generate knowledge. They learned to do all the planning remotely and to develop the exhibition strategies at a distance, in a way that has been considered very satisfactory. They increased the use of holography and interactivity and communication and dialogue with society. In addition to the puppets of authoritarianism, regression and dismantling, museums are already projecting the future.

*Jotabe Medeiros is a reporter and biographer 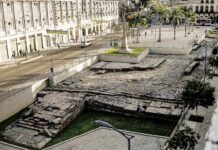 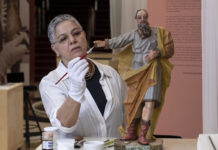 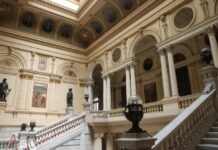 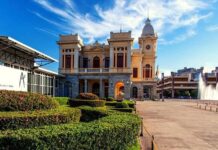 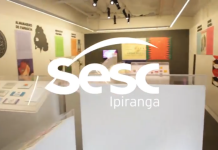 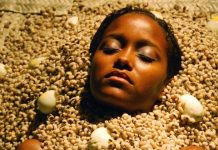