ONE OF THE FIRST US INSTITUTIONS devoted exclusively to the exhibition of modern art, the New York Museum of Modern Art (MoMA) emerged in the late 1920s, initially conceived as a constantly changing museum. In the words of founding director Alfred H. Barr Jr. himself, “a torpedo moving in time-space with its nose always advancing from the present and its syrup reaching a recent past at most 100 years ago.” The idea was that as the MoMA collection grew older, his works would be recycled, selling those over fifty to other museums – such as the Metropolitan and Whitney – while works by emerging artists would continue to be bought.

Since 2014, MoMA has been undergoing an expansion process. This renovation goes far beyond the museum’s new “west wing”: the old MoMA merged perfectly with the extra 14,000 square meters. Walking through the museum you can no longer understand where the new part begins and ends. The real value of the “New MoMA” expansion is to rescue its initial mission, a space that allows us to rethink the collection, transforming artistic experience into critical thinking within the museum, and to question how this collection has been presented to this day, discovering new voices and new perspectives.

MoMA has often been bold in positioning itself by inserting American artists into broader narratives of art history. An example of this is the case of Jackson Pollock, who for decades stayed in the room next to Monet’s, equating these two artists as the pinnacle of art history and forcing a partial reading by projecting an American artist into world art history.

If the “new MoMA” is grounded in the first idea of ​​its foundation – less formalist, perhaps – it now leaves, on the other hand, gaps between works confronted with each other, leaving the possibility of systematically comparing what was produced before and after. At the same time, MoMA now enables a freer experience by making and allowing new connections to work from the collection in constant dialogue with new works.

In its new rearrangement, the museum places photographs on the same level as paintings allowing the collection to be viewed in a different way. What was once always shown in isolated or underground cores now mixes with paintings, drawings, prints and performances. There are movies running everywhere, even in the galleries that still hold the “masterpieces” of modernism.

It is still possible to contemplate a single work in some galleries, but with its new configuration the museum opens radically for live rehearsals within Marie-Josée and Henry Kravis Studio, where there is always something unexpected happening from time to time. It is a new space dedicated to performance and new moving image experiences, fundamental to inserting the MoMA collection in a current historical perspective through new projects and emerging artists.

Although the presentation still has a chronological tone, it brings ambiguities, anachronisms and some surprises. Galleries now speak of ideas and eras and no longer in categories and vanguards. The conceptual issue is the new thread, inaugurating a more permeable museum that is more in line with today’s world.

This can raise two questions: the very transformation of art historiography about how its methodologies and theories are thought; and artistic training, since the vast majority of people who access a museum today have no history of art and are there for an experience that transcends any nomenclature or fact sheet. So how to deal with this new approach to the public within a museum? How to access this new dispersed human being with the whole world at the click of a mouse?

Today’s audience divides their attention between the works on the walls and their phones. Today the world presents itself through images, the idea of ​​contemplation has changed radically since the emergence of smartphones. The keys are different, almost everyone is familiar with the works that are in the museum even before the experience of being before them; the works in the museum are also reproduced outside the museum, simultaneously in cell phones, computers, magazines and newspapers. In addition to critical texts that reinforce the idea of ​​the work giving us other access keys. When we finally have the actual experience, it is like a déjà vu, that strange feeling of having experienced it before. There are several mediators in the relations between the imaginary museum and the royal museum.

The MoMA collection has over 200,000 pieces and now also offers digital browsing and searching, making it possible to access images of about 81,000 works online. Even this new audience that is already conditioned to see everything online may notice cross-cuts in the associations of images displayed in both the museum and the museum’s website.

In a contemporary logic dictated by algorithms, the new MoMA has also changed its logic to review the art of the last century. Today it is impossible to look at a job ignoring the reality in its surroundings. All social, identity, color, and gender agendas are also inevitably connected with these works that can now be read and re-signified on the way back to the past.

From this, the institution begins to replace the idea of ​​“masterpiece” with a more permeable narrative type, providing more democratic readings, where each can enter their own keys in the works presented, although the entry costs $ 25, except on Fridays between 5:30 pm and 9:00 pm when tickets are sponsored by a company.

A new narrative about modern art is emerging with associations of seemingly unlikely works. For decades MoMA curators have associated Picasso’s works with cubist cores, such as Georges Braque, or surrealists in one room and geometric abstraction in another room. Now the strategy is to conceptually use some work and from it to group in the same gallery works of different categories confronted in the same space. This was unthinkable until a few decades ago, as it breaks with the (hegemonic) narrative invented by the museum itself and further enhances the contemporary dispersion packed by the public that springs from this network logic. This contributes to the formation of future generations within a dynamic that refuses to accept only one version of the story.

MoMA is less in a cast, seems to be trying to get rid of the modernist issues that still haunt the entire art system. Thus it also seems to want to redeem itself from an authoritarian narrative that in the past used art as a political weapon of dispute for global hegemony.

Listen to soundtrack to visit “MoMAX” museum on Spotify 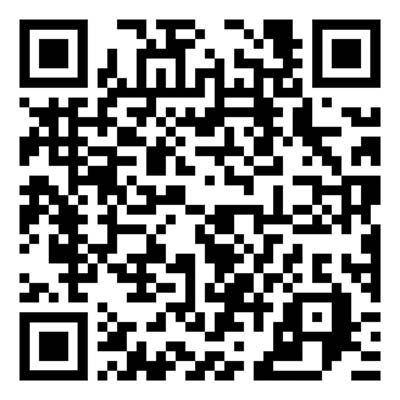