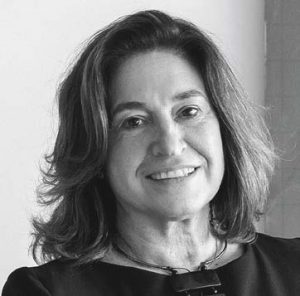 For medical science and, more recently, neuroscience, in a very simplistic way, memory involves complex processes by which the individual encodes, retains and stores, and ultimately retrieves information.  When retrieving the information, two mechanisms are important: rescue and recognition, which involve comparing old and new stimuli.  This would help the mechanism to avoid false memories.

Nevertheless, at the end of the nineteenth century, with the advent of Freudian studies, the memory device gained other contours.  Freud introduces the importance of remembering and forgetting as a focus on treating patients, as opposed to a mechanical theory of memory.  Memories would be countered by opposing forces, those seeking memory as it was supposed to be and those exerting resistance, producing a “falsification in memory.”

Mechanisms of the psychic apparatus – displacement, repression, refusal of memory traces – will form part of this “falsification of memory”.

Memory will play a fundamental role throughout psychoanalytic theory.

In 1914, Freud writes the text entitled Remembering, Repeating, and Elaborating, where he articulates more precisely the mechanisms of the memory / forgetfulness binomial, and adds yet another application to psychotherapeutic practice.  Freud introduces the “transference” and the importance of the psychoanalyst in the process of working with the patient’s memories, with his memory.  At the same time, he perceives, in the “repetition” of patients’ unconscious psychic traits, acts and representations, an intention or way of remembering.  It creates, in some way, a “new memory” of what one “does not want to remember”.

The content of this repetition is all inhibitions, pathological features and their symptoms.  Lacan, in turn, in the Freudian line, says: “The analysis has announced to us that there is a knowledge that is not known.”  The purpose of the analysis would be to enable the truth of the subject to emerge.

But the human being is built on the relationship with the other, socially established, and in a symbolic order that precedes the subject itself.  A psychic or memory device is never alone.  It is from the findings throughout psychoanalytic theory that we can also consider Freud’s theory of memory as a theory of “social memory.” 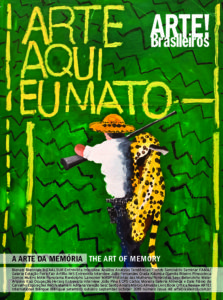 Today’s contemporary challenges require new avenues of research.  Experts from different disciplines, for example, set up the Graduate Program in Social Memory of the Federal University of the State of Rio de Janeiro (UNIRIO), where they investigate the concept of memory inserted in a field of struggles and power relations, configuring  a continuous clash between remembering and forgetting, understanding “social memory” as an inter or transdisciplinary field.  In the early twentieth century, social memory was understood as the study of the value system that unified certain social, religious, class, and territorial groups.

But now these issues are totally subverted by technology, migrations, gender issues, information overload, media, etc.  “Researchers in the field of memory, including our students, raise questions that cannot always be answered with the traditional concepts of this field of study: questions relating to intangible heritage, the new uses of language, the crisis of institutions, the  new strategies of resistance, subjectivity and artistic creation ”, say Jô Gondar and Vera Dodebei in the presentation of the book O que é memória social?  (Contra Capa, 2005).

Today we are witnessing facts and statements from various sectors of our society that are interested in not remembering, social groups that, on the contrary, make a point of forgetting.

Art, as we are tired of saying, is not dissociated from the social body and, in this edition, allows these issues to appear as concerns in the textual or visual representations, in the debates, interviews and analyzes that our collaborators found in the latter.  period.

Institutions are looking to look at their archives to talk about this.  Artists, historians, and archives are searching through documents and photographs of the past for things not to be remembered and why.  The montages are concerned with preserving sound effects and readability to improve visitor comprehension.  Art allows us to build a “fighting memory” against forgetting and barbarism.

Alexia Tala, Chilean curator and critic, she is the artistic director of Plataforma Atacama and currently works as the chief curator of the 22nd Paiz Art Biennial in Guatemala.  She was co–curator of the 8th Mercosur Biennial and the 4th Polygraphic Triennial of San Juan, Puerto Rico, among others.  In this issue of ARTE!Brasileiros, she interviews the artist Randolfo Lamounier.

Fabio Cypriano, art critic and journalist, he is the current coordinator of the Journalism course at PUC–SP and is part of the editorial board of ARTE!Brasileiros. For this edition, he interviewed the new IMS artistic director, João Fernandes, and wrote about the Vaivém show, the work of the duo Bárbara Wagner and Benjamin de Burca and the conversation between Djamila Ribeiro and Grada Kilomba.

Marcos Grinspum Ferraz is a journalist.  Graduated in Social Sciences from USP, worked between 2009 and 2012 at the newspaper Folha de S.Paulo and between 2012 and 2017 at Editora Brasileiros.  He returned to the ARTE!Brasileiros team in 2019 and in this issue he signs an interview with photographer João Pina and article about the Meta–Arquivo show.

Jamyle Rkain is a journalist, graduated from Mackenzie Presbyterian University.  In 2016 and 2017, s he dedicated herself to the magazine CULTURA!Brasileiros and since the beginning of 2018 has been working as a reporter for ARTE!Brasileiros.  In this issue, she writes about the 36th Panorama da Arte Brasileira, ArtRio, the AI–5 50 anos book and the International Seminar Art as Worldbuilding.

Enelito Cruz, graphic designer, head of art at ARTE!Brasileiros since 2012, he has a degree in Computer Science and Mathematics, but switched software and numbers to graphic arts.  He worked for 16 years at Istoé magazine and followed the evolution of the computer graphics process.  Also part of the magazine Vero and MRS Editorial.