Since 2016, MASP has been articulating its programming around “Histories”, illuminating in this process complex relationships between art and historically deprived social segments. Each year, a theme – such as Histories of Sexuality and Afro–Atlantic Histories – guides the exhibitions and activities organized by the museum. Now it’s women’s turn. Rethinking the relationship between them and the visual arts, shedding light on the uneven structure of the artistic production system, is urgent, necessary and can be done from a multiple approach, as shown by the broad strategy adopted by the museum, which involves debate cycles, monographic exhibitions by leading 20th century artists and print publications. In this process, the work of designing and conducting curatorial research is of fundamental importance. Due to the volume of material and the complexity of the theme, the great show of the year was divided into two extensive and different but complementary assemblies. Women’s Histories: Artists Until 1900 and Feminist Histories: Artists after 2000 are independent, yet integrated, faces of a strategy of mapping the plastic creation of authors at different historical times.

The first of the exhibitions goes back to the past, reveals the perverse process of erasure to which women painters have been subjected for centuries, having been relegated to a position of inferiority in the international art scene, despite having a production capable of rivaling it. in terms of equality with their male peers. The second focuses on the present moment, shows the strategies and clashes of the authors to produce an art capable of dealing with central issues in the contemporary world.

Women’s Histories, which occupies the first floor of the museum, brings together almost 90 works by 50 authors, carried out between the 16th and 19th centuries. The triple curator was in charge of Julia Bryan–Wilson, Lilia Schwarcz and Mariana Leme. The ensemble reveals a scholarly and technical virtue that clashes head–on with the hard evidence attesting to the marginal role for women in art history, such as the fact that most canvases come from private collections (only one of twelve paintings of the first room, dedicated to the sixteenth century, belong to a museum), the disappearance of a significant portion of their work (De Cornelia van der Mijn, for example, there is only one identified work) and the poor visibility of this production.

This impressive set has been mined in various collections around the world and has required a number of displacements, as much of the work has been stored in technical reserves and is not yet available on websites and online collections. MASP’s own collection is an interesting example: from the period covered by the exhibition (prior to 1900), the museum has only three works by female authors. The situation improves as the 20th century enters, but overall there is still a large under–representation, as female participation in the acquis is around 22%.

If in general the set is of great interest, the show becomes even more seductive when the visitor focuses on the trajectory and production of each of these women. Fascinating histories are depicted here, such as Elisabeth Louise Vigée Le Brun, who achieved exceptional popularity in the eighteenth century, becoming the first painter of Marie Antoinette, or of Eva Gonzales, the only student, both male and female, accepted by Manet Interwoven with this rich set of works, revealing both individual talents and histories and customs over a wide period of time, the exhibition also contemplated a type of art normally associated with the feminine: textile work. The earliest example of fabric in the show is a pre–Columbian piece dating from the first century. But throughout the show the public can enjoy embroidery from different eras and regions, from the Ottoman empire to the American quilt quilts. The contrast between paintings on one side and fabrics and embroidery – traditionally symbols of the feminine – aim to unmask this place of craftsmanship as a place of women and at the same time contribute to broaden the idea of ​​art. “It is not a question here of understanding feminism as the pursuit of equality in a system of oppression, but of dissolving these hierarchies. Working on gender differences is much more than talking about women”, says Mariana Leme.

Feminist Histories: Artists after 2000, which occupies the basement of the museum, gathers works by 30 authors, who began their artistic practices as early as this century and that somehow incorporate activist practices. These are works that, in general, “work urgencies from a feminist perspective”, summarizes Isabelle Rjeille. Productions that focus on burning themes, such as the issue of housing in urban centers, as Virginia de Medeiros does, or the issue of transphobia and body vulnerability, addressed by Lyz Parayzo in Bixinha, a collapsible object that also refers to Lygia Clark’s Bichos. In other words, they are artists who extend the critical reach of their poetics beyond gender, showing how the web of invisibility that strikes women is usually associated with other forms of exclusion, related to racial, economic and geopolitical issues. “Feminism goes far beyond art”, recalls Isabelle. 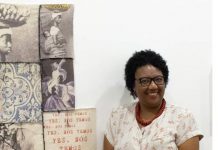 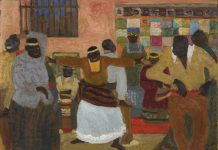 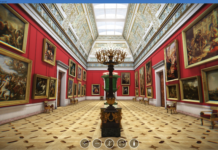 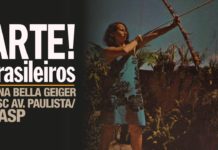