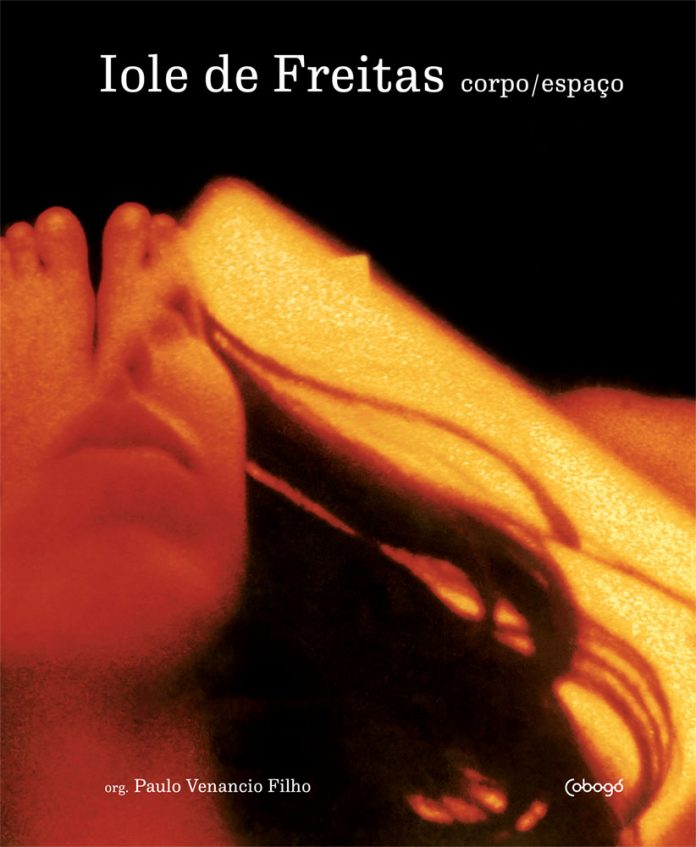 “Recipe for creativity: the month of May + a packet of cookies”, wrote in English on a notebook the artist Iole de Freitas in the middle of 1974, when she began to produce and exhibit her works. Many months of May and packs of biscuits have since passed, Iole’s production has been growing and developing. Photographs, experimental films, installations, performances and sculptures have taken place in the more than 40 years since then.

A panorama of her production and his language has just been published by the publisher Cobogó, in the book Iole de Freitas – corpo / espaço. The thick volume is organized by curator and art critic Paulo Venancio Filho, who already in the opening text of the book outlines a logical framework between on the use of the body in Iole’s work, from the first photographs and recordings (“an intersection between body art, performance and experimental film “) to the sculptures, which, at the beginning, manifested “the search for something flexible like the body “, without doubt exploring the space for it.

In addition to this essay by Paul that functions as an introduction to the book, there is another one by the curator Elisa Byington who closes it. The latter focuses on Iole’s most recent work, in which the artist explores the malleability of stainless steel when folded, forming the most varied curves. Iole also participated in the elaboration of the book herself, having been involved with her personal success today at the Institute of Contemporary Art (IAC), in São Paulo, to offer the widest material for the edition, with the help of her daughter Rara Dias. In addition to the essays, past and essential texts on the trajectory of the artist, written by Lucy Lippard, Sônia Salzstein, Paulo Sergio Duarte, Ronaldo Brito, Manuela Ammer and Rodrigo Naves are attached.

The fluidity evoked by a lightness in the forms of the sculptures or even the gestures of performance (even when with knives) is a very noticeable point in the pages of the volume, perhaps because it is necessary for the courses of the drives, about which Ronaldo Brito points out: “Something in the fleeting and disturbing constructions of Iole de Freitas as that would translate the permanent and undecidable mobility of the impulses.”.