ARTE!Brasileiros: Now that BIENALSUR is already completing its second edition, better explain how this project started?

Diana Wechsler: BIENALSUR emerged in 2015 from a series of dialogues within a public university, UNTREF (National University Tres de Febrero) in Buenos Aires, Argentina. It was a dialogue between two different disciplines, the sociology of international relations and the study of the sociology of culture and the history of art. Dialogues that were born from the beginning between Aníbal Jozami, rector of UNTREF, and me.

From the beginning we had a critical eye on the way in which the [socio–economic–cultural] exchange takes place between those countries that are commonly defined as “centers” and those others that, within the instituted scheme of sharing the world, recognize themselves as “peripheries”.

Focusing on the terrain of art and culture provides a privileged platform for observing the way these exchanges take place and certainly a fertile ground for thinking and suggesting revisions. Thus, after studying circuits pre–established by the international biennials since the late twentieth century, how to establish curatorship, determine themes, “marks of the identity of the biennial format”, we think of trying to deconstruct them and rehearse others, keeping the name of biennial, because it is a form of easy identification.

What exactly is the differential of this platform in relation to the other Biennials?

BIENALSUR does not focus on a city. You choose to work simultaneously and in tune with various cities in different countries and continents. In a way, this dispersion seeks to build a new cartography, a global territory that surpasses borders without neglecting each other’s identities. Seeking to include diversity and different voices.

Another difference is that we do not work with a single curator, but with a board of international collaborators, a way to disable a certain authoritarianism or a predetermined theme. We open–call, receive hundreds of projects from well–known and otherwise established artists, and from there we select and build converging cores. This year emerged, from countless of these proposals, themes that presented synergy.

We managed to get some cities to align conceptually through, for example, the “Ways of Viewing” or “Memories and Forgetting” axis, others on the theme “Transits, Migrations and Exiles”. The work of Brazilian artist Rosângela Rennó – the installation Good Apples, Bad Apples, mounted at MUNTREF – as well as that of Betsabé Romero, form part of the “Memories and Forgetfulness” axis, but also intersect with the problematic of “Monumento / Anti –monument”. An artist proposes his project and is selected, from there we think about his work and see which institution or city it can work best.

For example, Colombian artist Iván Argote had proposed his “Children’s Activism Workshop”, an experiment he had carried forward in France. As BIENALSUR, we asked if he would be interested in setting up the project in Benin, Africa, to be carried out with one of our partners, the Zinsou Foundation, who became interested because he works with projects that are very community–oriented. It was a success and gave powerful and moving results.

Another similar case was that of Uruguayan artist Paola Monzillo who entered Marrakesh through a first residency and a show later at the MACCAL Annual Program, which eventually incorporated her work into the collection.

It is a practical way to contribute to the cultural integration of the countries participating in the platform, the network that is being built. It goes beyond the artistic process, since as a cultural project that was born in the South, it becomes an “operator” (from the singular space of culture), of international reality. The choices and exchanges are not governed by the number of audiences or the number of exhibitions that took place at the venue, but most often by their symbolic value or historical significance. For example, the show that was set up in Potosí, Bolivia, which is not a city within the traditional circuit of contemporary art, was added in this edition to the Paco Urondo Center in Buenos Aires, both working on the concept. of “friction”, whether political, aesthetic or identity.

Thus, putting on an exhibition at Rome’s MAXXII, clearly identified as a center of contemporary art, at MUNTREF in Buenos Aires or at the Colombian–Venezuelan border, as we have already done, we believe we are building new logics of production and consumption of symbolic and cultural goods.

Do you understand that you are reaching the objectives in relation to the contribution you want to bring to the contemporary art system?

Yes, BIENALSUR works in dialogue, networking and associatively. It establishes collaborative systems between artists, curators, and institutions, and these relationships have in fact grown, despite the enormous budgetary difficulties of the first edition for this 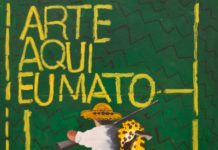 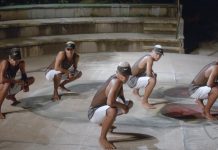 Just picturing is no longer enough 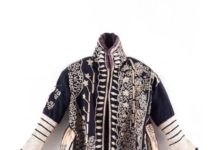 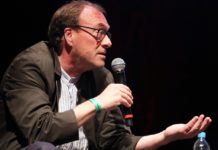 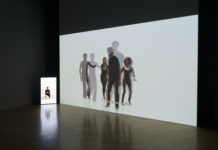 I am reflected in my work