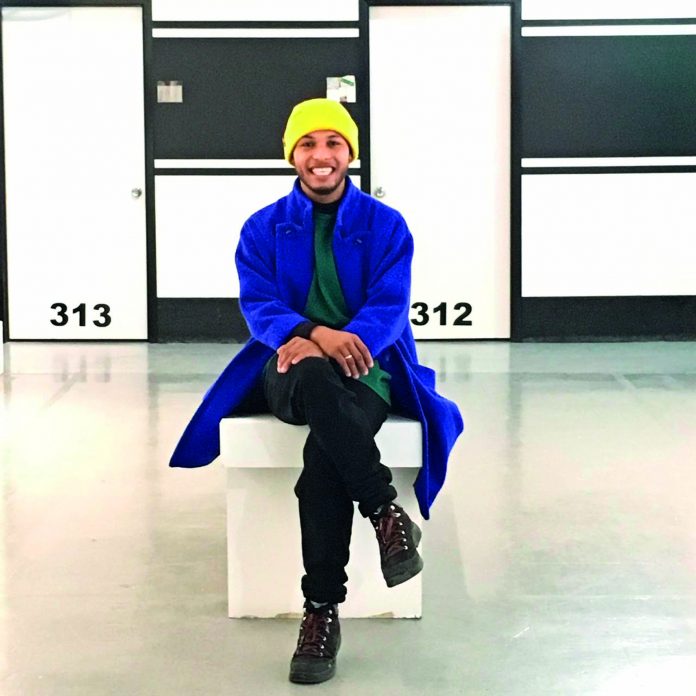 Santídio Pereira was born in Curral Comprido, in Piauí, but moved to São Paulo very early, at only 8 years of age. His interest in engraving was also quite precocious, as a boy, and he began to study artistic techniques at the Achaean Institute, with much encouragement from his mother. Standing out especially in woodcut, the young man was incorporated into the station’s artist team, where he already held two solo exhibitions in 2016 and in 2018.

Now 22, Santídio has drawn the attention of other artists, collectors and art professionals for his youth and mastery of technique, which for him is a mixture between painting, drawing and sculpture. He has already exhibited in SESC units in São Paulo, Tomie Ohtake Institute, Centro Cultural São Paulo and the Pinta Fair in Miami, among other spaces. Since the beginning of February and with the support of the Estação gallery, he started to realize an artistic residence offered by the AnnexB, entity that aims to promote Brazilian artists in New York. 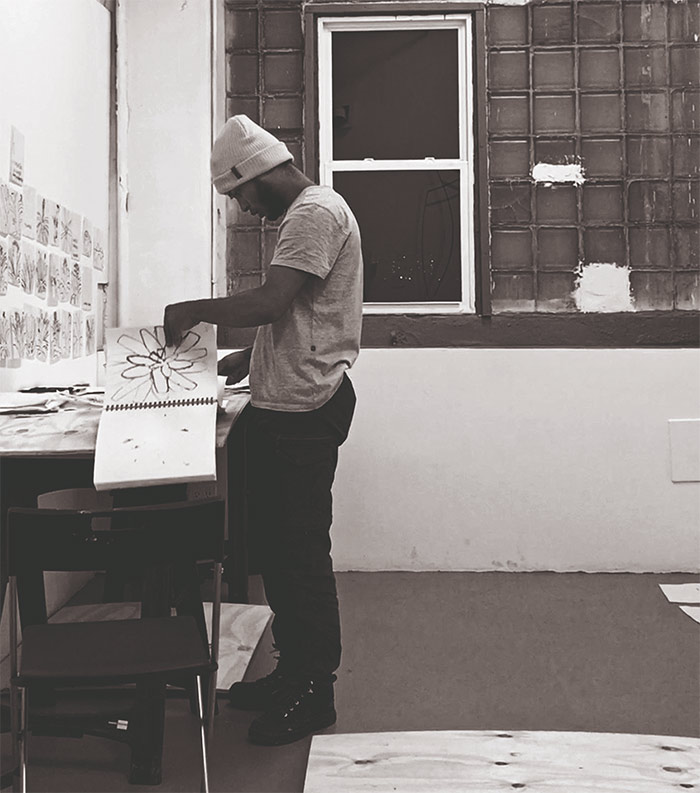 Founded in 2016, the institution maintains a residency program exclusively for Brazilian artists, having received from its foundation names such as Dalton de Paulo, Carla Chaim, Nino Cais and Ivan Grilo. AnnexB was designed by Larissa Ferreira and has Tatiane Schilaro as creative director. Recently, it was announced that the space will be the place that will host the winner of the recently announced Prêmio Parque Lage.

During the month of residence, until the beginning of March, Santídio not only developed new works but also carried out activities around the city, as a workshop for children at the Lilian Weber School of the Arts in partnership with the Anne Fontaine Foundation. Throughout his stay, he met the paulistano Moisés Patrício, who was cover of our 43 issue with work of the series Aceita?, with whom he exchanged experiences and flourished a friendship.

Also in early March, Santídio inaugurated an exhibition with some of the works produced in the AnnexB, added to others he took from Brazil. The show, which runs until April 19, takes place in one of the b [x] venues, which hosts artists, creatives and technologists for activities. With curatorship of Schilaro, it was titled Between Two Skies and has six woodcuts produced in 2016 and 12 monotypes developed by the artist during his period in residence at AnnexB. For the curator, the show “invites us to imagine the collapse of the horizon, the multiplication of firmament and land when they become one.”

Later this year, he will hold his second international exhibition, this time crossing the ocean to Paris, where he will present works at the Fondation Cartier pour l’art contemporain. The institution “is dedicated to promoting and increasing public awareness of contemporary art. Every year, the Fondation Cartier organizes a program of exhibitions based on artists or individual themes and commissioning of artists, thus enriching an important collection”. There have already been several names of Brazilian artists, such as Beatriz Milhazes, Luiz Zerbini, Adriana Varejão and Véio. The exhibition at Cartier will be a collective, whose theme is the idea of the tree and will take place between July 9 and November 10 of this year.