It is difficult to find a place or situation that more paradigmatically condenses the country's historical and social contradictions, such as the Cais do Valongo region, in Rio de Janeiro, which for years has been threatened by setbacks and neglect. Built in 1811 to receive the thousands of Africans who made Brazil – and Rio – the main destination port for the slave trade throughout the 19th century and renovated in 1843 to receive Thereza Christina, who would become Empress of Brazil, Valongo ended up falling into oblivion throughout the 20th century, buried under the rubble of the Pereira Passos renovation. It survived only in the historical and iconographic records of authors such as Maria Graham, Debret, Rugendas and Thomas Ender. It was rediscovered in 2011, during excavations for the renovation of the area, which was to become the promised Porto Maravilha, a postcard linked to the 2016 Olympic Games project. while the actual pier keeps flooding when there is rain.

During the prospecting work thousands of archaeological records were found, which would make it possible to know a little more about the material culture of Rio de Janeiro from the first half of the 19th century, but which still accumulate far from the public eye in 243 containers, opened from time to time to cleaning and inspection, but quickly hidden again. Thanks to a strong movement from civil society, the site was elevated to the category of World Heritage Site by Unesco in 2018 – in a similar category to other historical sites of sensitive memory such as the Auschwitz concentration camp or the city of Hiroshima. But the pier and its surroundings are still completely abandoned, neglected by the institutions that were supposed to safeguard it.

“Everyone is failing in their responsibility, some scandalously, others by omission”, says the general defender, Rita Cristina de Oliveira, one of those responsible for the collective effort to recover the site and for the viability of the project for the preservation and dissemination of this memory. Several initiatives, such as different lawsuits involving the public defender's office and the Federal Public Ministry, have been taken, but few results have been obtained so far. There are multiple faces to this neglect.

Recently, the situation of the building known as Docas Pedro 2 gained more visibility.o, which underwent an inspection last May. Currently under the custody of Fundação Palmares and in a very precarious state, the construction needs effective measures of protection and restoration. In addition to being located in the internationally recognized area, it houses (even if precariously) all the material collected in archaeological research in the region and is the place that naturally should host the reference center for the Celebration of African Heritage and the work of the Open Laboratory of Urban Archeology (LAAU), the building is still a fundamental landmark in the architectural history of Rio de Janeiro. Designed by black engineer André Rebouças, it is the first building in the country not to use slave labor.

However, recovery plans are still far off and inadequate. It is worth noting, for example, that Fundação Palmares has plans to install part of its offices at this address, misrepresenting and diminishing the memorial's vocation of the place. Or that the project is now in progress in the Iphan (Instituto do Patrimônio Histórico e Artístico Nacional) does not foresee the return of the building to the original conditions of the century, but incorporates structural changes carried out over time, such as some changes made when the shed functioned as an armaments depot during the military dictatorship.

The prevailing precariousness at Docas Pedro 2o spreads across the entire area. The place where the Pier used to work – where, it is estimated, almost one million enslaved people disembarked in just over three decades – is also quite compromised. If throughout the 20th century, the region was smothered by a cloak of oblivion and an evident desire to whitewash a central area known as Little Africa, throughout the 21st century there still reigns a strategy of dismantling policies to confront racism and inequality.

As the plaintiffs state in the UNESCO candidacy report, “an archaeological site does not speak for itself”, it needs a whole effort from society so that its character and symbolism come to the fore. There is resistance and there is an effort from the community, which organizes itself to face the government's negligence, especially at the federal level, which, once again, puts the dismantling strategy into practice. Several agreements signed in the past remained on paper and there was a very harmful change in the management board, weakening its role. Some more recent initiatives, such as the allocation, within the scope of the Term of Adjustment of Conduct related to the murder case of João Alberto Silveira Freitas at Carrefour facilities and the reparation policies linked to the case, bring new perspectives of financing, with the allocation of R$ 2 million to finance the preparation of a museum project in the Cais do Valongo region, out of a total of R$ 115 million paid by the company. However, the dismantling policy implemented by the government – ​​expressed in Bolsonaro’s phrase that his government needed to “deconstruct a lot of things” – remains valid.

Fortunately, not everything depends on this rigid and negligent structure between the powers, as exemplified and signaled by the New Blacks Research and Memory Institute (IPN), which has just reopened its permanent exhibition, tracing the path of men and women brought as slaves to Brazil, showing important vestiges of the various excavations carried out at the site and opening space for a permanent dialogue with contemporary art, such as the current exhibition of Rocinha Jelly.

Installed on top of the cemetery that received the bodies of the disembarked who could not resist the brutality of the trip and the mistreatment, the Institute was born from a chance discovery, made in 1996, when the Guimarães dos Anjos family found bones under their house during a renovation. . Since then, the family has been developing an important research and dissemination work.

In addition to the exhibitions and various archaeological research works (neighboring areas were acquired to expand the Institute's reach), which should be resumed now in July, the Institute carries out an important work of disseminating knowledge and memory. As of 2016, it offers a free guided tour of 13 different points of this circuit of African heritage in this nucleus of Valongo, such as Largo da Prainha, Jardim Suspenso and Machado de Assis’ childhood home, across the street from the Pier. The main target audience is public school educators and students, but there is great interest from the general public, with long waiting lines.

“It is an open wound”, says Marco Antonio Teobaldo, curator of the Institute, drawing a parallel between the terror of our slaveholding past and the image of the remains of the new black men and women (as the new arrivals from Africa were called) who may be seen in the archaeological windows inside the museum. In terms of material remains, very little has been found. Mostly beads, beads, ritual stones and other such objects because they were people who were absolutely disarmed and without any kind of funerary treatment. The approximately 60 bones found on the Institute's four grounds were dumped, piled up, incinerated, turned over to the ground. “When you show this reality, there is no way to romanticize slavery. Hence the importance of this place”, says Marco.

“I treat Valongo as a symptom”, says journalist and historian Rogério Pacheco Jordão, who dedicated his doctorate to the study of the erasure to which Valongo was subjected over time, through a clear process of whitening, an effort to hide from a memory that pulses and persists. “What erased Valongo was the ideal of whitening”, he says, referring to the renovation and urbanization project that sought to transform Rio de Janeiro into a Paris of the tropics.

The photographer João Maurício Bragança, who also chose the Valongo region as a research topic in culture and territoriality, a work that led him to closely follow the effort of resistance and affirmation of this community anchored in downtown Rio, recorded in hundreds of images the excavation efforts, the historical circuits that led from the pier to the Pretos Novos Cemetery or the Lazareto, where slaves who came sick were taken, as well as the traditions preserved in communities such as Pedra do Sal, where the newly freedmen lived. . Part of this record can be seen in the virtual exhibition The Secret Garden of Valongo, on the online platform artsteps.com.

What is evident in this confrontation between neglect and the effort to bring to light the remnants of this history of repression and resistance – recalled a little while ago by Chico Buarque in his newest song, How About A Samba? – is that there is a struggle at stake between conflicting forces, between those who intend to illuminate and learn from the past and those who continue to want to leave it under this cloak of erasure,

strengthening old vices and refusing to learn from their own history, confirming, in practice, what historian Emília Viotti Costa used to say: “A people without history is doomed to commit, in the present and in the future, the same mistakes of the past” . 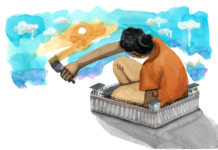 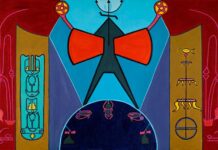 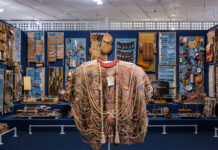 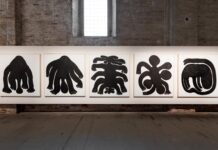 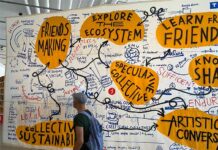 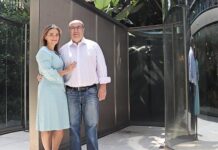