History, as Gramsci said, is the history of men who join other men, many men and all men in the world to fight, work, do the best for themselves and for society. León Ferrari (1920-2013) was not necessarily a Gramscian, but a serious political activist, like some artists of his generation. In 1976, he went into exile in São Paulo armed with a critical approach devoid of the contemporary cliché of militancy and helped to boost the political and artistic consciousness of the country.

The nearly 100 works exhibited around the theme Leon Ferrari: Between Dictatorships, on display at Masp, belong to the Museum's collection and bear witness to its struggle against the anti-democratic forces that established themselves in Latin America in the 60's, 70's and 80's. His work has been a case study for many theorists, but not the object of study. What is most intriguing about this exhibition/homage is the quasi-mathematical model of his heliographs that can be read as a form of organization of bureaucracy in the service of repression. León Ferrari made dozens of versions of this work, especially when he was exiled in Brazil, showing the kilometer journey made by a person in search of information about the missing, without ever getting anywhere. He had the humor and stomach to create this labyrinth where the search triggers multiple reinterpretations of the dissolution of life. Between Dictatorships it's like a family album with stories that span two countries. His way of thinking was complex, with power and reach for initiates… in dictatorships.

The two rooms at Masp are equally disturbing and welcome the works as “refugees” from a period of horror. His intelligence minimizes the facts, as attested by the almost 100 works that criticize and question the military regimes and the wave of authoritarianism that hit Latin America during the 70's. Julieta González and the curator Tomás Toledo, Between Dictatorships shows a León Ferrari promoter of the conceptual and political avant-garde in Argentina who began to work with metallic sculpture in 1962 and at the same time inquired into the linguistic relationship between image and writing in his works. Written Pictures. These poems and news stories predate the English group Art & Language, from 1969. From 1966 to 1970, the Vietnam War became the central theme of his work.

Masp has a representative collection donated by León Ferrari. If we establish a cut in this collection, the heliographs, photocopies, two paintings, two sculptures and an object stand out. The set is not big, but enough to theorize your universe. With the exception of two preliminary works from the 1960s, the others were executed in his exile of more than a decade in São Paulo. All the works bear the marks of a moment in which the dematerialization of the work of art and its dissolution in life would materialize in political action as an aesthetic construction with other supports, with a new public and a different institutional insertion, in this case in museums such as the MAC, the Pinacoteca, and also at the Bienal de São Paulo and other places in the city of São Paulo.

The first series, which is related to his artist books Men and Images and Heliographs, resorts to the visual language of technical and architectural drawing to represent the various ideological apparatuses imposed by the State to systematically control the daily life of the citizen. The second group – which includes images from his artist book Paraheretics, as well as the Rereading the Bible series – addresses religion and the Church, criticizing their conservative positions on sexuality and social precepts. The engraving and photocopying works reveal the context in which Ferrari worked under dictatorships, both in Argentina and Brazil. During his stay in São Paulo, between 1976 and 1990, he “set fire to” institutions such as the Pinacoteca do Estado with anthological performances, when it is not known who the sculptor, the musician, the poet is. His entire language is permeated by experimentation, social and political friction.

León Ferrari arrived in São Paulo when Argentine repression was multiplying its tentacles. In the beginning, the dictatorship still spared the Di Tella center, an institution with a transgressive culture and influential critical mass. Over time, the “temple of the vanguard” also ended up in the mesh of the military, who saw in the institution a potential communist ally to “dominate the world”. So, the work Western and Christian Civilization, 1965, was censored. This violation helped him to resignify banal objects, converting them into political instruments. In his last interview with me, in Buenos Aires, he read what he had said at the time: “It does not matter the aesthetic operation of aesthetic transmutation, but the association of ideas that emerges from the montage”. With that weapon, Ferrari never let his guard down.

Upon his definitive return to Buenos Aires in the 1990s, he continued his critical, uncompromising work, creating disturbing collages with religious themes. Until his death in 2013, León Ferrari was an upstanding, coherent and tenacious artist. More than that, an irreverent activist and creator. Long live the Lion! 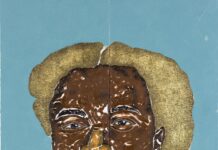 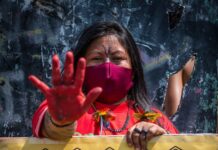 The painful learning of museums 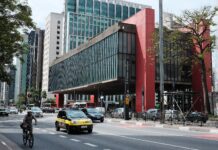 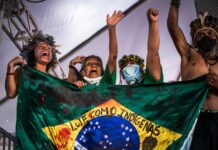 Bureaucratic “crutch” for censorship at Masp is a metastasis of authoritarianism 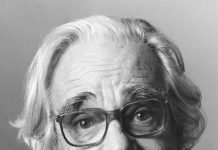 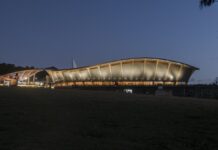