In 2020, the pandemic restricted the Arte Serrinha Festival, in Bragança Paulista (SP), to a hybrid program, which mixed lives, residences and workshops, and highlighted the opening of land art Third Paradise, by the Italian Michelangelo Pistoletto. Last year, still due to sanitary restrictions, only a retrospective exhibition was made of the two decades of activities of the festival, founded by Fabio Delduque, visual artist and its artistic director, by journalist Marcelo Delduque and businessman Carlão de Oliveira.

To compensate, this year the event reaches its 20th edition, fully in person, with activities that extend beyond the borders of its recurring addresses - the Serrinha neighborhood, where the farm of the same name is located, where the project was born, and the Shed Busca Vida, in addition to the Água Comprida neighborhood. One of the highlights of the event is the exhibition Brazil – Serrinha Expedition, with unpublished works exhibited between the Centro Cultural Teatro Carlos Gomes – which in the first two editions of the festival, when it was still an abandoned building, received part of its programming – and the new Parque Natural Arte Serrinha.

The purpose of the expedition was to travel through regions that reflect the great economic cycles of the country and its cultural diversity, such as Zona da Mata Sul (PE) and its sugar cane mills; Ilha do Marajó (PA), with the history of rubber and the Marajoara cowboys; Serra da Moeda (MG), marked by the mining and exploitation of gold, and finally Serrinha (SP), a coffee region. The result of these experiences are photographs, paintings, sculptures, films, installations, clothes, sketches, music, texts and records of performances produced by the artists.

The complete program, until the closing, can be checked at Serrinha Art Festival website. Among the attractions of the next few days are the parade Brazil, by Ronaldo Fraga, which takes place at 16 pm, at the Centro Cultural Teatro Carlos Gomes, and the concert by the group Bala Desejo with DJ Dolores, at 23 pm, at Galpão Busca Vida, both on Saturday (23/7). On 27/7, at 21 pm, there will be a screening of the film. Bird Mode, Serrinha Expedition, by Beto Brant, in the workshop at Fazenda Serrinha. For the last day (30/7), the highlight is the presentation by Otto with DJ Davida, at Galpão Busca Vida, starting at 23 pm. 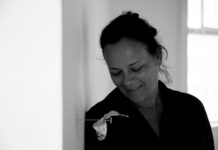 Laura Vinci translates transience, an element dear to her production, in kinetic sculptures 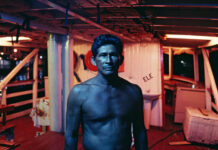 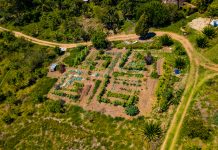 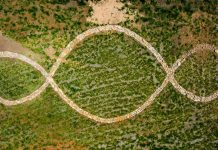 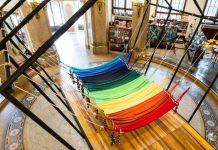 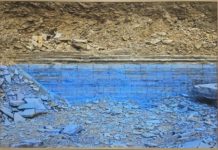