“The fact is that these poems would perhaps fit better in an exhibition, proposed as paintings, than in a book”, once wrote the concrete artist Augusto de Campos, now 85 years old. Whether they would fit better or not, the truth is that the “verbovicovisual” work – a term that refers to the semantic, sound and visual dimensions of the word – by the São Paulo poet fits not only in books and paintings, but also in videos, collages, sculptures, music, installations, holographs and projections. As a result of this observation, the mounting of the exhibition TO REVIEW, on display at Sesc Pompeii, the largest exhibition dedicated to the work of Augusto de Campos ever held.

“I think that these things were already potentially within concrete poetry”, says the author about the various platforms used in the show, including the most technological ones. “Of course, you couldn't predict how far we would get, but there were virtually assumptions”, continues Augusto in an interview with arte!brasileiros. Along these lines, as explained by the exhibition's curator, Daniel Rangel, the poem degraphite became a graffiti, Mirror it was printed on top of a large mirror and so on. “Many of the supports that we chose to exhibit were already, in quotation marks, in the books”, says Rangel, who conceived the exhibition in constant dialogue with the poet. The books, in this case, are the four released by Augusto throughout his life – Long live Boo (1979) bequest (1994) No (2003) and Other (2015) – which, together with other pieces and manuscripts, are the basis of the exhibition.

Some of the supports present had also been used by the author throughout his 65-year career, which began shortly before founding, alongside Haroldo de Campos and Décio Pignatari, the Noigandres group, in 1952. The famous poetry Long live Boo, for example, written in 1972 as a tribute to Caetano Veloso and displayed as a large steel sculpture in TO REVIEW, had already been presented in this format at other times, even in smaller reproductions. Videos, holograms and animations, for example, are also nothing new for the poet, who has always sought to keep up with the technologies of each era. “Even the 3D videos, made for the first time now, already asked for 3D even before it existed”, says Rangel. “This is a characteristic of Augusto's work, who has always been avant-garde”. If it weren't for the generational issue, perhaps the author himself would be producing with cutting-edge technology at home: “I started working with my own home computer only in 1992. So I was already 60 years old, when the ideal was to be 20”, he jokes.

Given the diversity of platforms and languages ​​used, Rangel says that the exhibition aims, in addition to presenting a great retrospective (also prospective, according to him) of the author's work, to correct a historical flaw that remains today. “In any biography of Augusto, he is considered a poet, translator, critic and essayist, but never an artist. And one of the goals of this exhibition is to correct this mistake a little, since he is also a great artist”. Asked about the subject, Augusto recalls the famous National Exhibition of Concrete Art, in 1956, which laid the foundations of concretism in the country, bringing together poets and visual artists. “So this, art, is not a strange environment for me, despite the presence of poets not being so frequent in an exhibition”, he says. But Augusto is also an artist, isn't he? “I suppose so,” he replies, laughing.

The question of Augusto's lack of recognition as an artist is, in fact, part of a possible greater lack of recognition of concrete poetry itself. In an interview, the author once stated that concrete poets faced a wall of denial in the face of minority applause. “This has changed a lot, today concrete poetry is even in textbooks. In criticism, there are still those who are very against it, but this is natural, even important. Because it means that you bother, and art has to provoke, right?”. The curator is even more forceful in his statement: “I think that concrete poetry is still at a frontier where it is not so recognized in the field of literature, nor in the field of visual arts. So she lives kind of on a frontier, in a kind of critical limbo”. But like the poet, Rangel recognizes an improvement in the outlook. “Now people start to sink in more in relation to Augusto, but he spent a lot of time in a kind of ostracism. So much so that an exhibition of this magnitude is only happening now. He needed to reach the age of 85 to gain exposure that he can truly call his own.”

While celebrating the 65th anniversary of his career and holding his biggest exhibition, Augusto deeply regrets the situation in the country and the possible removal of President Dilma Rousseff. Author of the collage poem shush (1966) in the midst of the military dictatorship and other works related to Brazilian political life over the decades, Augusto does not present in TO REVIEW no work directly linked to the current troubled moment, even because the exhibition was planned long before the impeachment process began. “But who knows, after the grotesque circus that we were forced to watch on television, provided by the Chamber of Deputies, poetry could bring a little sensitivity, a little conscience. Who knows, maybe it can shed some light and hope for such a troubled and sad moment.”

Recalling that he is also a lawyer and was a state attorney for 40 years, Augusto argues that the president's removal has no solid legal basis. But with the poetic vein that speaks louder, he concludes by working the words: “It is even a paradox, because what you are seeing here, in the exhibition, is a work in progress, and what Brazil is going through is a work in return” . 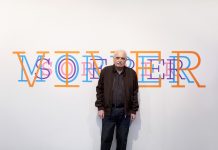 In celebration of his 90th birthday, Augusto de Campos wins an exhibition at the Mário de Andrade Library 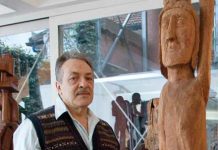 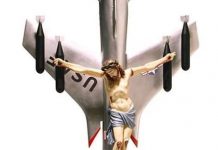 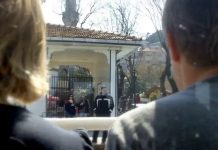